You need tologinorregisterto add to your favorites.

17 Foods & Drinks to Avoid When Pregnant

What you eat (and drink!) during pregnancy can impact your developing baby. It’s important to be aware of foods to avoid which can make you and your baby unwell. Read our list.

17 foods and drinks to limit or cut out during pregnancy

Alcohol is absorbed quickly into your body and passes through your placenta to your baby. There is no safe amount of alcohol that can be consumed whilst pregnant, so it’s safest to say no altogether. If you drink while pregnant, your baby could suffer from Foetal Alcohol Spectrum Disorder, a range of disabilities which can affect their health for life.

Eating undercooked or raw meat and seafood, such as sushi, puts you at risk of Listeria and Salmonella poisoning. If Listeria is transmitted to your baby, it can lead to miscarriage, stillbirth or premature labour.

Refrigerated meat products like pates, ham and salami may be contaminated with listeria bacteria. It’s best to avoid these foods.

Avoid soft cheese including feta, brie, ricotta, camembert, blue vein, queso blanco, queso fresco and panela as they may be contaminated with Listeria. They are only safe to eat if served cooked and hot.

Pre-cooked or pre-prepared cold foods that are not reheated

Pre-prepared cold foods like salads and quiches may be contaminated with Listeria and should be avoided.

Although liver is a rich source of iron, it contains high levels of vitamin A. If eaten to excess, this can be harmful to your baby and lead to severe birth defects. The recommended intake of vitamin A during pregnancy is no more than 800 micrograms/day.

These foods may be contaminated with Listeria which can be dangerous to your baby.

Cooked fish is recommended during pregnancy as it is a good source of omega 3 fatty acids. However due to certain types of fish containing high levels of mercury which can be harmful to your baby, you need to:

Caffeinated beverages include tea, coffee and cola drinks. The Australian and New Zealand food standards allow a moderate amount of caffeine (1 cup of espresso style coffee, roughly 2-3 cups of instant coffee or 4 cups of tea) which is no more than 200mg per day while you are pregnant. Having large amounts of caffeine may make it more difficult to become pregnant and may increase the risk of miscarriage or having a low-birth-weight baby.

Energy drinks can contain high levels of caffeine and/or guarana which are not recommended during pregnancy.

Tahini is a paste made from sesame seeds and may contain Salmonella. Hummus is the most common dip containing tahini.

If you have any concerns about the safety of your food, consult the expertise of a dietitian or your usual health care professional.

Food Choices For A Healthy Pregnancy

Eating for two doesn’t mean eating twice as much food, but it should mean making your food work twice as hard.

During pregnancy the most common advice you get from anybody is on what to eat and not eat. While much of this information is true, there are plenty of myths doing the rounds.

Often there is a lot of advice on what NOT to eat during pregnancy - because reducing the risk of bacterial infection which can make your baby ill, is super important.

Use our pregnancy tool to track the week-by-week changes you and your baby go through to stay up to date with your delivery and your baby's development.

Is it Safe to Drink Soda Water During Pregnancy?

For most women, yes, it is safe to drink soda water during pregnancy. Like all processed foods and drinks, moderation is key. Soda water is a carbonated water, commonly made by pumping dissolved carbon dioxide as a gas into water, but it can also occur in nature from special natural springs. While plain tap water is most appropriate, a plain un-sweetened soda water can be a much healthier choice than other sweetened carbonated drinks.

Are Fermented Foods Safe During Pregnancy?

Fermented foods such as yoghurt, probiotic drinks, sauerkraut, kefir, kimchi and kombucha have been growing in popularity for the role they play in providing ‘friendly’ bacteria to the gut. However for homemade fermented foods there is the concern during pregnancy that while it increases good bacteria, there’s always a risk that bad bacteria will grow in these products. Commercially available fermented products are the best choice, and if you're concerned, speak to your healthcare professional for advice.

Is Too Much Spicy Food Bad During Pregnancy?

Spices and spicy food don’t pose any food-related health risks to you or your unborn child. If, however spicy foods are not your usual food choice, it may create the same discomforts as it does to anyone who eats them – burning sensations and tummy upsets – which may not be worth it if added to your usual pregnancy discomforts. If it’s a craving your having, start slow and monitor for unwanted symptoms. 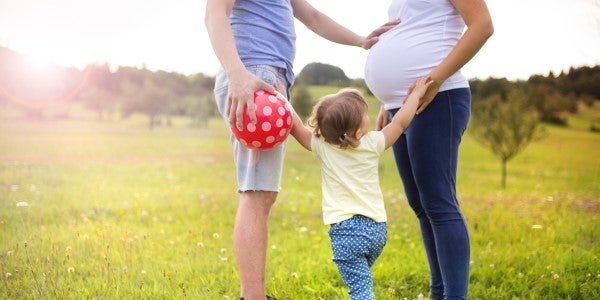 Welcome to Nestlé Baby & me

We believe that breastfeeding is the ideal nutritional start for babies.

During pregnancy and after delivery, a mother’s diet should contain sufficient key nutrients. Professional guidance can be sought on diet and the preparation for and maintenance of breastfeeding. A decision not to breastfeed, or to introduce partial bottle feeding, could reduce the supply of breast milk. Once reduced, it is difficult to re-establish. Infant formula should be prepared and used as directed. Unnecessary or improper use may present a health hazard. Social and financial implications, including the cost of providing formula until 12 months of age, should be considered when choosing how to feed infants.

We recognise that breastfeeding is not always an option for some parents. No matter your feeding choice, Nestlé Baby & me is here to share the latest information to help you feel supported and confident on your parenthood journey.

As every child’s development is different, be sure to consult with your health care professional for individual advice about feeding your baby.

By clicking "I understand", you acknowledge that you have read this information and understand that this website contains information about infant feeding and Nestlé's infant products.